Chemicals called ‘endocrine disruptors,’ found in everything from soap to plastics, have already been linked to rising cancer levels and fertility problems.

Now, new research out of Washington University has identified 15 of these chemicals, and found that women with the highest levels of them in their bodies experienced menopause two to four years earlier than women with lower levels of the chemicals.

Endocrine disruptors, if you haven’t heard of them, are chemicals that interfere with our body’s endocrine system: the collection of glands that produce hormones. These chemicals disrupt our natural hormones like estrogen (the female hormone), androgens (male hormones), and thyroid hormones.

When our bodies absorb endocrine disruptors, they can decrease or increase our normal hormone levels, imitate our bodies’ natural hormones, or alter our bodies’ natural production of hormones. All of these effects can lead to what we often call ‘imbalanced’ hormones, which have been linked to fairly minor health problems like disrupted sleep or hair loss, as well as more grave conditions like endometriosis and cancer.

The senior author of the study, Amber Cooper, MD, said of the study’s findings: “Chemicals linked to earlier menopause may lead to an early decline in ovarian function, and our results suggest we as a society should be concerned.”

The new study also has important implications for women’s’ health, as early menopause has been correlated with a higher chance of developing heart disease, osteoporosis, and even premature mortality.

The group of 15 chemicals linked to early menopause were composed of nine PCBs,
three pesticides, two phthalates and a furan (a toxic chemical).

PCBs, or polychlorinated biphenyls, are synthetic chemicals that were made illegal in the 1970s, but may still exist in some products that were produced before then, including old electrical equipment, some plastics, and oil-based paint.

Phthalates are chemicals used to make plastics. They are commonly found in plastics, pharmaceuticals, and cosmetic products including soaps, lotions, perfumes, makeup, nail polish, and hair spray. Some are prohibited, others are not.

Furans are by-products that we are mainly exposed to through animal products like dairy and fatty fish. They are released into the environment mostly through toxic waste incinerators. 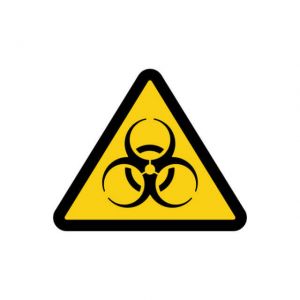 Cooper explains: “Many of these chemical exposures are beyond our control because they are in the soil, water and air.” However, she goes on to encourage us to, “educate ourselves about our day-to-day chemical exposures and become more aware of the plastics and other household products we use.”

As we’ve written about before, you can limit your exposure to these substances by:

This important study adds to the growing body of research on these chemicals, and further demonstrates how they disrupt our bodies’ normal systems and may have disastrous consequences for our health. The time to pay attention is now.