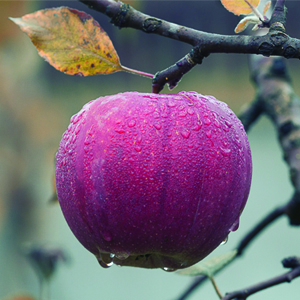 The aging process is naturally accompanied by an increase in body fat, or adipose tissue. Excess adipose tissue—particularly in the abdominal area—may lead to increased inflammation in the body, resulting in a greater risk of certain diseases such as:

However, this harmful increase in adipose tissue mass may be partly reversed by hormone replacement therapy (HRT) during the peri- and postmenopausal periods.

Declining estradiol levels during menopause cause fat distribution to shift from the hips and thighs to the abdomen. Studies have shown that estradiol also has anti-inflammatory properties; this may be one reason why the risks of the aforementioned chronic diseases are much lower before menopause. As estradiol decreases and the amount of adipose tissue increases, many substances that promote inflammation (such as cytokines and adipokines) increase.

A subanalysis within the Women’s Health Initiative (WHI) showed that HRT “significantly reduced both the loss of lean soft tissue mass and the ratio of trunk to leg fat mass in postmenopausal women.” In other words, women who used HRT had smaller waists when compared to their legs than the women who did not use HRT. Although this study was conducted using synthetic estrogens and progestins, it would not be unreasonable to extend its conclusions to bioidentical hormone therapy as well.

Hormonal imbalance during menopause may contribute to many health conditions normally associated with aging. Among these physical changes, adipose accumulation may lead to more serious health concerns caused by inflammation. With its potential to help maintain healthy fat distribution, HRT may be able to play a role in slowing the progression toward these age-related chronic diseases.