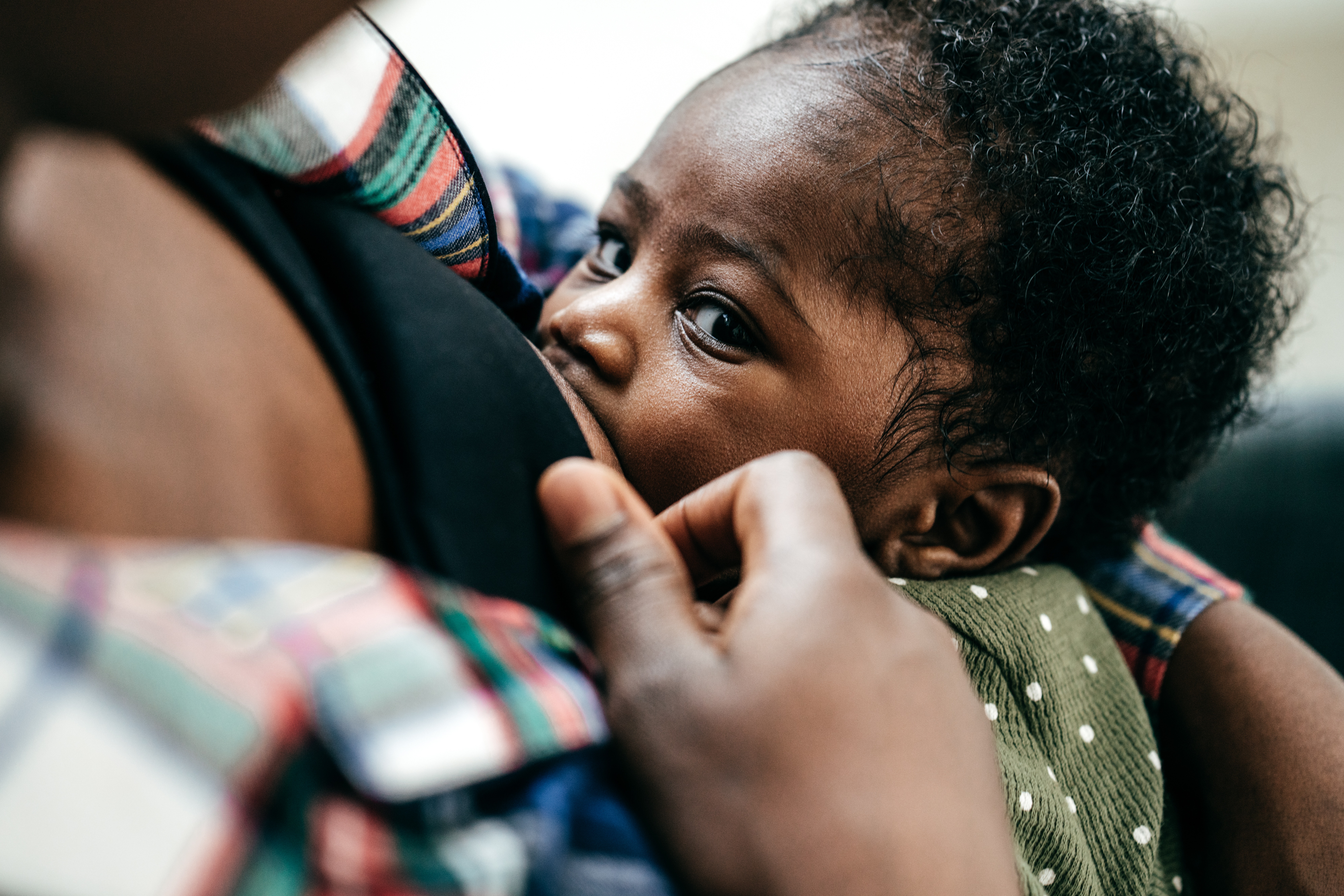 A new study has found that breastfeeding and pregnancy may lower risk of early menopause. While breastfeeding for any length of time and being pregnant at least once were both found to be associated with lower risks of early menopause, researchers found that women who breastfed exclusively appeared to have the lowest risk. The study’s findings suggest that following current recommendations for breastfeeding could provide additional benefits to a mother’s overall health.

“While there are various lifestyle and genetic factors that may contribute to the timing of menopause for individual women, it may be reassuring to some women to know that there may be health benefits later in life that are associated with pregnancy and breastfeeding,” Christine Langton, the study’s lead author and Ph.D. student at the University of Massachusetts Amherst’s School of Public Health and Health Sciences, tells Romper.

Early menopause, which the Mayo Clinic defines as a loss of the ovaries’ normal function before age 45, can increase a woman’s risk of early death, cardiovascular disease, cognitive decline, and osteoporosis. In a cohort study funded by the National Institute of Health and recently published in the journal JAMA Network Open, researchers found that women who breastfeed for seven to 12 months have a significantly lower risk of entering early menopause than those who’d breastfed for less than one month.

Breastfeeding, however, may have an even greater impact on lowering the risk of early menopause. Researchers found that women who breastfed for at least 25 months in total (meaning, it need not have been consecutive or exclusive) during their premenopausal years had a 26% lower risk of early menopause than those who’d breastfed for less than one month. Women who breastfed exclusively for seven to 12 months had a 28% lower risk.

Ultimately, the lowest risk for early menopause appeared to be associated with women who’d not only had three or more pregnancies but who also breastfed exclusively for a total of seven to 12 months. According to researchers, women in this category were found to have a 32% lower risk of early menopause than women who’d had three pregnancies but had breastfed exclusively for less than one month.

The potential benefits of breastfeeding have long been lauded. In fact, the Centers for Disease Control and Prevention (CDC) has noted that, “The more months or years a woman breastfeeds (combined breastfeeding of all her children), the greater the benefits to her health as well.” It’s a message the findings of Langton’s latest study appear to bolster.