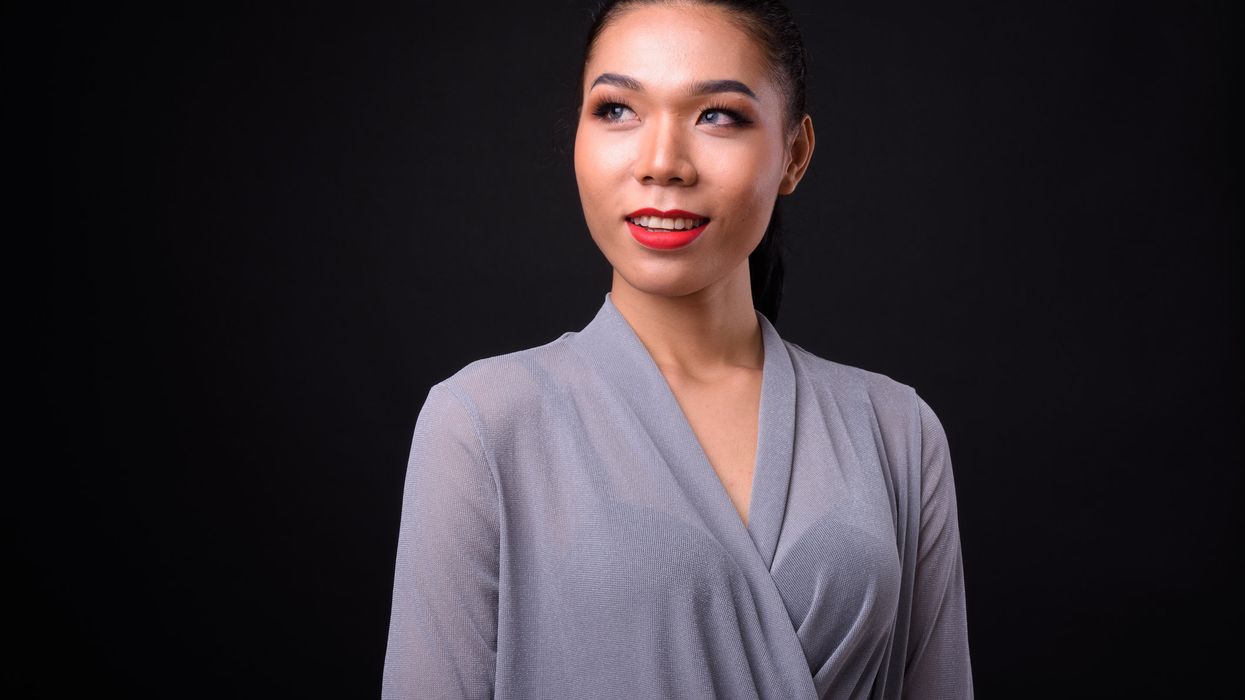 Lisa Scheps, an activist and artistic director, experienced menopause-like hot flashes after going off estrogen for 10 days before a surgery.

“I wouldn’t say that I’ve experienced perimenopause or menopause like a cis woman would have, but I certainly know what a hot flash feels like,” said Scheps, 62, a transgender woman who’s been on hormone replacement therapy (HRT) for 20 years.

Transgender women –– women who may have been assigned male sex at birth –– are prescribed estrogen, an androgen blocker and sometimes a progestogen to assist in medical transition.

Similar to how menopausal cis women may use (HRT) to replace estrogen, trans women can use HRT to increase estrogen levels and lower testosterone levels to assist in feminization. Some transgender people choose to undergo gender-affirming surgeries, but not all can or desire to; a trans identity is not dependent on physical appearance.

When asked if trans women experience menopause, Dr. Maria Monge, assistant professor of pediatrics and internal medicine at Dell Medical School who provides gender-affirming care, said, “Yes and no.” Because menopause is triggered by the body’s drop in estrogen production, it’s possible trans women will experience similar symptoms if their hormones are interrupted.

Cis women are often instructed to cease HRT after roughly 10 years to avoid potential health complications; that isn’t necessarily true for trans women. According to Transgender Care at UC San Francisco, there’s no evidence supporting continuation or cessation of hormones for older trans women. The website notes that no outcome studies have been conducted on injectable estradiol –– the primary bioidentical estrogen used for feminizing therapy –– likely because it’s rarely used beyond transgender care.

As transgender women age, some choose to lower their estrogen dose or possibly stop HRT completely. This can trigger reactions similar to menopause symptoms, but can be mitigated if they’re still producing endogenous testosterone via their organs present at birth.

“The return of testosterone to the body is not often desired, thus many folks elect to continue estrogen for much longer than the age of natural menopause,” Monge said, adding that there’s concern that the longer women are on estrogen, the greater their risk of possible side effects because of other health conditions that may develop with aging.

The decision to stay on or stop HRT is individualized, but Monge isn’t worried about transgender women staying on HRT indefinitely.

“For so many, it’s life-affirming,” Monge said. Despite limited data on how HRT affects trans women, Monge said stopping medically necessary care could be damaging and possibly offer greater risk for harm than staying on the medications.

Discrimination in the healthcare system is a major concern for all trans people. A 2015 survey examining the lived experiences of trans people in the U.S. found that a third of the respondents had at least one negative experience related to being trans — including verbal harassment and denial of treatment. Another 24% avoided care for fear of mistreatment.

“I’ve had the experience of doctors refusing to treat me because they didn’t know enough about ‘transgenders’ [a term of ignorance],” said Claire Bow, who began her medical transition in 2013 at the age of 55.

“Discrimination and/or ignorance is always destructive and not just for trans women. For years the medical establishment has systematically ignored the healthcare needs of women and minorities, including trans men and women,” Bow said, adding that her best hope now is a provider who is willing to listen and learn, even if they aren’t trained in trans health.

It’s harder still for trans women of color. The 2011 National Transgender Discrimination Survey found that “discrimination was pervasive throughout the entire sample, yet the combination of anti-transgender bias and persistent, structural racism was especially devastating.”

“As a whole there’s an embarrassing amount of evidence that notes mistreatment and substandard medical care for trans people,” Monge said. “That, coupled with systemic racism that exists within medical infrastructure makes it very difficult for [Black, Indigenous and people of color] to trust and receive high quality medical care.”

Getting the care you need

Holly Bullion, Kind Clinic’s director of clinical quality, emphasized that health screenings should be based on body parts (e.g., people with breast tissue should get ). For trans women turning 50 who’ve been on estrogen for five to 10 continuous years, Bullion said mammograms are a must.

Additional gynecological care likewise depends on anatomy. “If a woman has had [gender-affirming] surgery, adequate estrogen levels are important to help maintain the health of the genital tissue,” Monge explained.

For Scheps, who said she’ll never know what it feels like for a woman who’s been producing estrogen all her life to go through menopause, her experience with hot flashes is one she holds dear.

“I’m oftentimes frustrated because I can’t empathize with what my cis sisters have felt their entire life,” Scheps said. “I don’t know what it feels like to have a period, I don’t know what those cramps feel like. So this one little thing I have –– that I know what a hot flash feels like –– I just cherish.”