How to Have the Best Sex of Your Life After Menopause 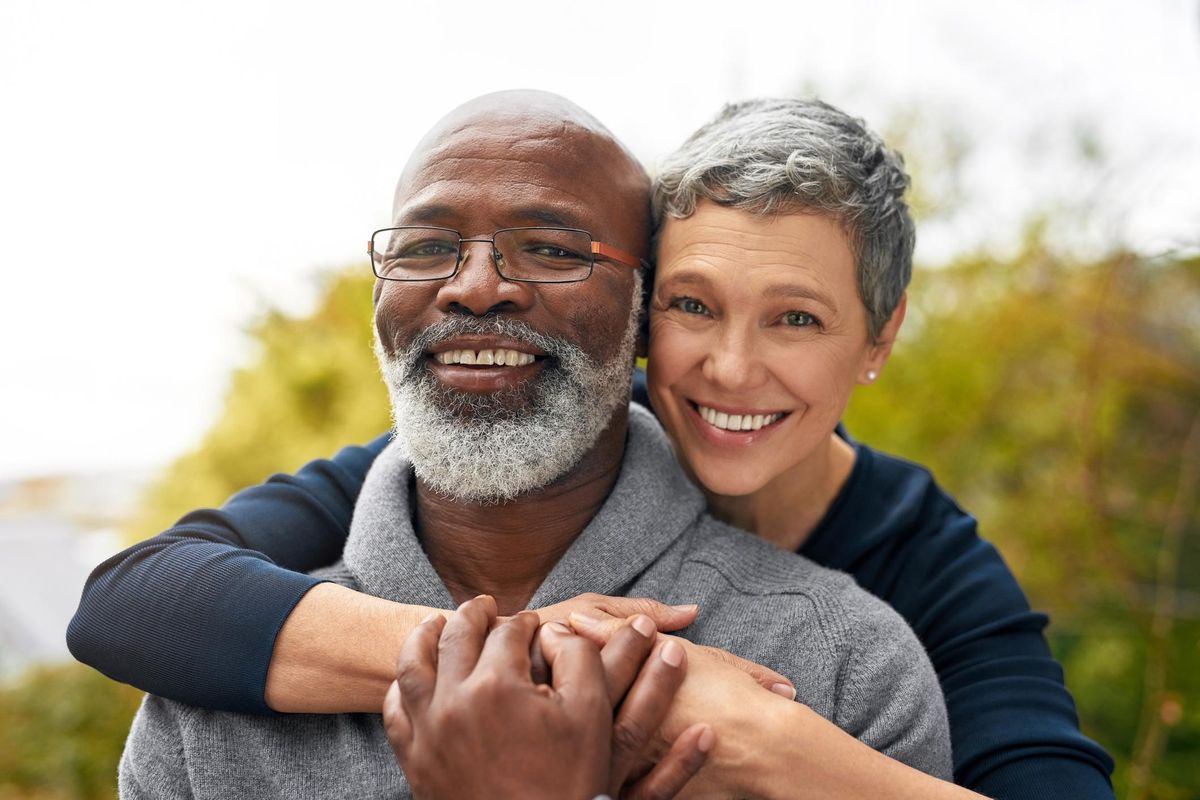 When Kathy Phillips approached , she thought back to her mother’s experience with the transition. In Phillips’ memories, when her mother went through menopause, she began dressing old and actually became old.

Phillips, 57, worried that she’d follow in her mother’s footsteps, but that wasn’t her experience. “It’s not that way at all. You can still be extremely sexy and past menopause,” Phillips said.

In fact, her transition into midlife brought greater confidence and sexual awareness. As Phillips disovered, menopause can bring new challenges, but that doesn’t mean she has to say goodbye to a good and satisfying sex life.

“You can absolutely have a kicking sex life well into your 80s and 90s,” said Heather Bartos, an OB-GYN and a member of HealthyWomen’s Women’s Health Advisory Council. “There’s this myth that later in middle age we’re not having relationships anymore, we’re not worried about orgasm, or sexual health in general,” Bartos said.

But that’s far from true.

When a woman approaches , the ovaries stop producing , which leads to thinning and loss of flexibility and lubrication in the vagina — which can make sex painful and cause tearing — as well as changes in sexual desire.

“A lot of women don’t even associate these changes with menopause,” said Stephanie Faubion, medical director of The North American Menopause Society and director of Mayo Clinic Center for Women’s Health. “Those changes are related to loss of estrogen and they are treatable.”

Quick treatment can prevent further tearing, as well as infection. Bartos and Faubion recommend that women use a form of vaginal estrogen to prevent further thinning and dryness. Some women may be on hormone therapy to address other menopausal symptoms, but local hormones may also be needed to address the vaginal symptoms.

Bartos also recommends that women experiencing dryness use a thick, creamy lubricant for intercourse and communicate with their partner what feels good and what hurts.

Some women also experience lower sexual desire, primarily due to the lack of estrogen. “There is a shift from a more spontaneous desire pattern to a more responsive sexual desire pattern where [given the] right place, right time, right partner, right situation, the woman is willing to be sexual, but she may not have spontaneous sexual thoughts or fantasies.”

When patients come to her complaining of lower sex drive, Bartos asks them more about what’s going on outside of the bedroom that could be potentially lowering their desire for sex.

“There are many components to low libido, like stress, anxiety and depression,” Bartos said.

To have a healthy, enjoyable sex life, women should pay attention to their mental as well as physical health and their relationships. Mental disorders and some psychiatric medications can affect aspects of sexual function, such as desire and ability to orgasm. If this is an issue for women, they can speak with their doctor to find alternative treatments.

For women with same-sex partners, there’s the added consideration that both of them might be experiencing the same effects of menopause at once. If both partners have lower sexual desire, Faubion advises they be more intentional about sex, even scheduling time for it. “It’s harder when no one’s thinking about it,” Faubion said.

But condoms don’t protect from everything, and they can break. “It’s worthwhile to come in and get tested if you’re going to be in a new relationship,” Bartos said. In addition to testing, women should communicate with sexual partners about their health.

The average age of menopause in the United States is 51, a time when women are often approaching a new stage in their lives mentally. Many woman attribute improvements in their post-menopause sex life to improved self-knowledge and self-confidence.

“Women aren’t worried about getting pregnant, so sex isn’t for procreation, it’s for recreation,” Faubion said. She added that for mothers, children may be out of the house, leaving women more time to cultivate relationships.

That’s been Phillips’ experience. Sex with her husband has become more connected. “As you’re getting older, intimacy takes a different level,” she said. “You’re more in tune with your body.” Sex might not happen as frequently as it once did, but Phillips said for her, sex has become more intimate and intense. “You become more aware of who you are, and sexually, you’re not as inhibited,” Phillips said.

In her 20s and 30s, Phillips felt more pressure to look attractive, but with age she’s grown more confident in her body. “It’s very freeing,” she said. “I’m confident in who I am and that helps with the sexual experience.”

A major part of her sexual satisfaction is perspective, and not dwelling on the things she might miss from her younger years. She described her young adult years as one chapter in a book.

“That’s a chapter of a book, your 20s, 30s and 40s, and when you turn that page, you can turn that page slowly and gracefully or you can slam [the book] shut,” Phillips said. Menopause doesn’t mark the end of the story of her sex life, but a new chapter.