Menopause Symptoms Are Far From Universal 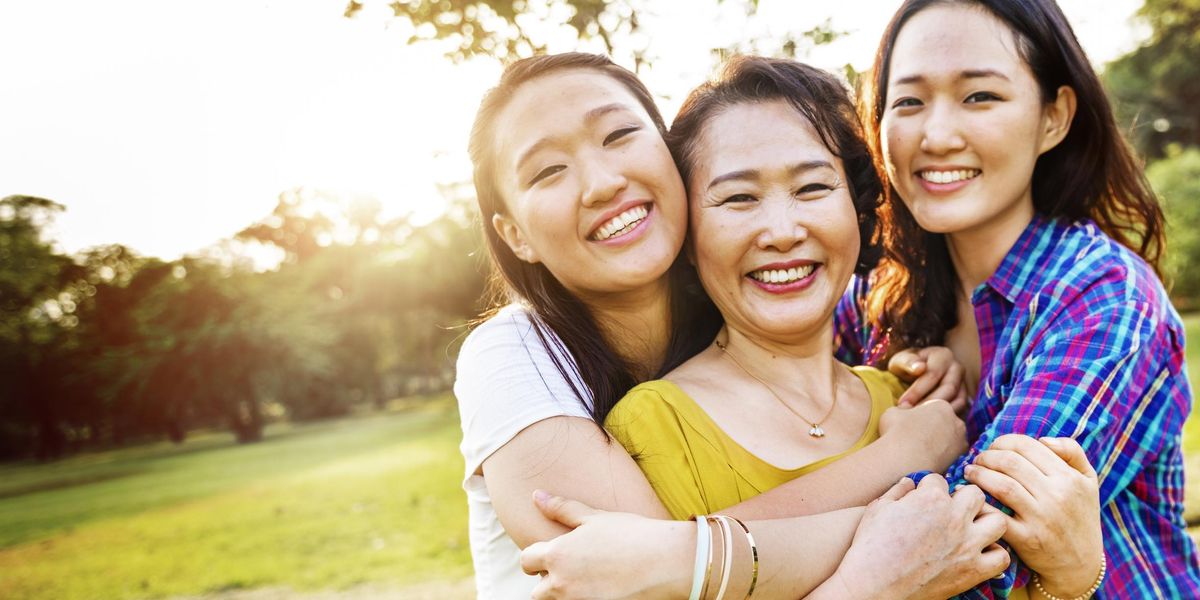 Menopause is inescapable for people with ovaries. Yet, the experience is still far from universal. Culture, geographic location and biology all play a part in how women fare during perimenopause and menopause.

For writer Laurie Ulster, 54, entering perimenopause several years ago was a shock — largely because she didn’t know much about perimenopause until after she started experiencing symptoms.

“The way we hear about menopause as a kid is basically that you stop getting your period and you can’t make babies. And there are hot flashes,” Ulster said. “[There’s] no talk that there might be an entire decade of erratic symptoms.”

A Canadian now living in New York, Ulster is part of a white, Jewish family that openly discussed periods and bodies. “With all that, it was super weird to be so in the dark about perimenopause,” she said. “I’m an adult who doesn’t live with older generations. My mom died in 2013 … she’s the person I would’ve gone to.”

For author Nandita Godbole, connecting with her mother as Indian women who’ve had hysterectomies was complicated because neither menopause nor hysterectomies are typically part of the larger cultural conversation. In 2019, Godbole entered surgical menopause after a . She did tell her mother about the procedure, but she kept the conversation short and simple.

“Indian cultural construct of womanhood is heavily tied to a woman’s ability to bear children,” Godbole wrote over email. “Triggering menopause with a hysterectomy is often seen as an act of weakness, or being ‘less than.'”

Menopause remained a fraught topic of conversation between Godbole and her mother — even after they shared the experience. Godbole is seeking to change that by openly discussing her experiences with her teenage daughter.

Symptoms and attitudes vary by culture

Menopause can be less of a shock in cultures where multigenerational family environments are prioritized, according to Dr. Mary Jane Minkin, a clinical professor at Yale University School of Medicine’s Department of Obstetrics, Gynecology, and Reproductive Sciences and member of HealthyWomen’s Women’s Health Advisory Council. Minkin explained that living with multiple generations allows younger people to learn from their elders.

“In the U.S., we’re much less family-centric,” Minkin said. For example, the age of menopause tends to be hereditary — if a woman goes through menopause at a younger age, her daughter is likely to have a similar experience. “If you see a bunch of aunts going through menopause early, it becomes ‘this is what we do in our family,'” Minkin continued. “It’s more acceptable and you can talk to your aunts because they’re around and they can share their experiences.” Those without this multigenerational connection can be more isolated.

Numerous studies released over the last 15 years spotlight how women around the world experience even the physical aspects of menopause differently.

A 2015 study on the prevalence of postmenopausal symptoms in North America and Europe, which Minkin coauthored, found that certain symptoms — specifically vaginal dryness, hot flashes, night sweats, disrupted sleep, and weight gain — were more prevalent in women from the United States, Canada and the United Kingdom. Women from those countries also said the impact was “worse than they expected.” Conversely, the study found that those symptoms were less prevalent in women from Sweden and Italy. Moreover, women from Sweden, Norway and Denmark reported that their experience with menopause was “better than expected.”

According to a 2007 article by Nancy Avis and Sybil Crawford, Western cultures associate menopause with hot flashes, but other cultures often associate it with different symptoms. The article noted that Japanese women reportedly experience headaches, shoulder stiffness and chilliness, while Nigerian women list joint pain as their most common symptom.

Through an email exchange with HealthyWomen, Crawford, a University of Massachusetts Medical School professor, confirmed that research continues to support the 2007 findings that symptoms vary widely between cultural groups, and newer studies have expanded to groups not previously studied.

She explained differences likely reflect biology (including health-related behaviors that can affect biology, such as diet and smoking) as well as attitudes toward menopause. “Biological factors influence whether symptoms such as hot flashes occur,” Crawford wrote, “Attitudes influence the salience and perception of symptoms.”

She added that surveys may not pick up on symptoms across various cultures due to varying terminology. “We have to ask about experiences in a way that resonates with study participants,” Crawford said.

What’s aging got to do with it?

“If you’re older, you’re smarter — that’s good, so it’s good to be older and maybe the hot flashes aren’t so bad,” Minkin explained. “But if you’re in a society that reveres youth, then maybe it’s not such a good thing that you’re getting hot flashes.”

A 2011 article from the British Psychological Society argued women in Western societies tend to be valued for attractiveness, reproductive capacity and youthfulness. Therefore, aging tends to be viewed negatively by women and society at large.

Minkin said one thing Americans can do to improve the experience of menopause in the United States is to maintain a dialogue about menopause, aging and sex.

“If women can communicate with each other about what they’re going through, then they’re not alone — they’re not weirdos,” Minkin said.

Ulster said her perimenopause experience would have been easier if she’d known what was causing her symptoms. “I would have felt less like a freak,” she concluded. Ulster and her older sister eventually connected. The more the two talked about menopause, the more comfortable she was asking her friends about their experiences too.

At the national level, Minkin is hopeful that First Lady-elect Jill Biden and Vice President-elect Kamala Harris will elevate the conversations around menopause and include the topic in their healthcare agendas.

“My feeling is people will think, if it’s good enough for Michelle Obama to talk about, it’s okay for me to discuss it too.”