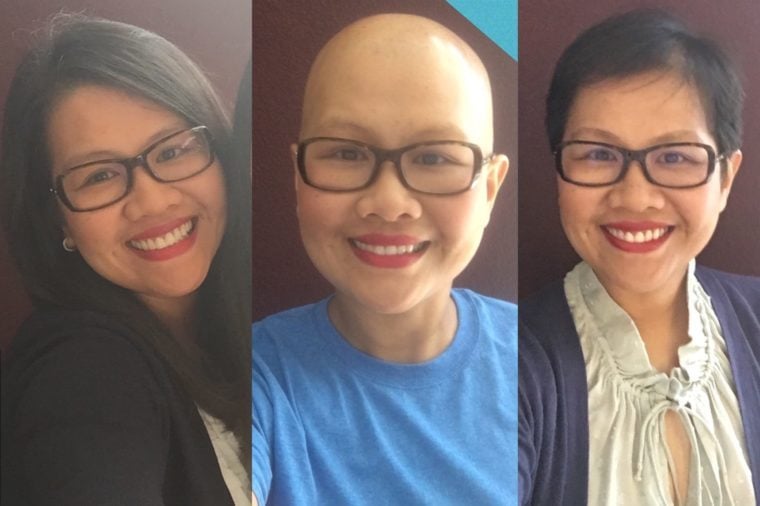 In 2011, 46-year-old Carol Lacey was feeling out of sorts: She had hot flashes, discomfort during sex, some fatigue. Lacey was raising two teenagers while working full-time for a large technology firm in California’s Silicon Valley at the time. While she was usually diligent about her annual health check-ups, Lacey realized it had been over a year and a half since her last visit and she scheduled one right away. The decision to get checked out may have saved her life.

“As soon as the doctor began my physical exam, she saw the mass on my cervix,” says Lacey. “It turned out to be a seven-centimeter mass, and it was cancerous.” Cervical cancer symptoms notoriously masquerade as other conditions. The American Cancer Society explains that signs of the disease include abnormal vaginal bleeding, such as after sex, post-menopause, or between periods. Other warning signs include menstrual bleeding that persists longer than normal, unusual vaginal discharge, and pain during sex. These are the 7 cervical cancer risks every woman needs to know.

Doctors diagnose more than 12,000 women with the disease annually; in retrospect, Lacey had warning signs. In 2008, she tested positive for HPV—human papillomavirus—a sexually transmitted infection that can cause cancer of the cervix. “Even though it came back positive, my doctor told me not to worry, because it’s so common. So I didn’t,” she says. “I was absolutely floored to hear I had cancer. I felt so many emotions. I felt like my life was going to end. A cancer diagnosis scares the life right out of you.”

Lacey describes sitting in the oncologist’s office listening to her treatment options as surreal. “I felt like I was floating—I couldn’t believe it,” she tells Reader’s Digest.

Her doctors prescribed chemotherapy to shrink the mass on her cervix. Then, Lacey underwent a radical hysterectomy. When pathology reports revealed cancer had spread to a nearby lymph node, she was given additional chemotherapy and 28 rounds of radiation. “It was hard, but in these situations, you just push forward. I wanted more sunny days,” she recalls. Here are 9 things doctors wish you knew about cervical cancer.

A year later, Lacey got more bad news: The cancer was back. “At this point, I was offered a very extensive treatment option called pelvic exenteration,” she says. A pelvic exenteration removes all organs from the pelvic cavity, including the bladder, colon, rectum, and vagina. “Everything below the belt is basically gone,” she explains. She agreed, but the following year the cancer was back again. “This time, it was in my liver,” she says. She got more chemo, and then immunotherapy. That was 2013.

Luckily, the treatment did its job. “As of last September, I’m officially in remission,” she says. “I have my scans every six months to check for recurrence, but for now I’m good.”

Despite how demanding and harrowing Lacey’s journey was, she chose to give back. “During the process of treatment, I volunteered with the American Cancer Society and The Relay for Life, along with a cervical cancer support group named the Cervivors. Without these two groups, I never would have made it—they were such a source of strength and support for me.”

Lacey encourages women to find a doctor they feel comfortable with in order to make it more likely they’ll get annual exams. She’s also a big supporter of the annual Cancer Screen Week, a national public health initiative announced by the American Cancer Society, Genentech, Stand Up To Cancer, and Rally Health, that aims to fight cancer by detecting it early through screenings. At the site, you can pledge to get a screening this December, but that’s not the only preventative measure you should take. Look out for these 8 silent signs of cervical cancer you should never ignore.